New research shows that playing or listening to music is the most effective way to cope with the lockdown blues.

What’s the most popular fix for the Covid-19 blues? The Italians and Spaniards who ventured out onto their balconies last March to sing and play instruments have at least part of the answer. Emerging evidence shows that the more the world gets us down, the better music feels.

So says a new study involving 1,000 participants from the U.S., Europe and Latin America. Carried out by Pablo Ripollés and Michael McPhee of New York University in collaboration with Robert Zatorre, a professor of neuroscience at McGill University, the study looked at what people considered their most effective coping mechanisms during the shelter-in-place orders at the beginning of the pandemic last spring.

The researchers began by assessing how profoundly the pandemic affected each participant. Did that person get very sick? Did they lose a spouse, a parent, a friend or a job? How anxious did they feel? The researchers then looked at which activities worked best to lift people’s moods. Sex and drugs were among the 43 options participants could choose from, along with exercise, cooking, social media, video calls and various types of entertainment.

The participants, who were fairly representative of their countries in terms of gender, age, ethnicity and social status, also completed standardized personality tests, as well a questionnaire designed to assess their sensitivity to rewards. “The sensitivity to reward questionnaire assesses how much enjoyment you get out of certain activities. It could be eating, sex, staying in the shower or smelling the flowers,” said Prof. Zatorre. In addition, the participants completed a survey assessing their emotional expressivity, or how readily they reveal their feelings.

‘The more pleasure you get from music, the more it reduces your depression symptoms.’

The study found that music, exercise and entertainment were the most potent stress relievers for the greatest number of people. But of those three activities, music—singing, dancing, playing an instrument, or just listening to a favorite playlist—was the only one that led to a reduction of depression symptoms. A fifth of all the participants reported it as the most effective way to reduce their pandemic-induced blues. Music’s palliative effects were particularly potent for people who were highly sensitive to rewards.

“That’s super interesting,” said Prof. Zatorre, “because as a neuroscientist, I’ve known for quite some time that music provokes pleasure. When we scan your brain [while you listen to music], we can see dopamine molecules released in the striatum and the ventral striatum. Fifty years ago, when you gave a hungry rat food, you saw that response in the striatum,” Prof. Zatorre explained, inferring that humans are similarly wired to get visceral pleasure from music. “Now we find that the more pleasure you get from music, the more it reduces your depression symptoms.”

Cooking, baking and eating also helped tamp down the blues, especially for people who find it easy to express their emotions, the study showed. Though the study didn’t address why that is, one possibility is that cooking provides a creative outlet when emotions are running high and so many external venues have been closed. “Cooking might allow you to cope with the stress that you are feeling without burying it,” wrote Prof. Ripollés, one of the paper’s authors.

This study is so new it hasn’t been published yet, so it hasn’t been peer-reviewed. Plus, it hinges on participants’ self-assessment; there’s no independent party measuring whether people’s depression symptoms did, in fact, abate. But for now, these preliminary data suggest that music and food might well cure what ails us, especially in these turbulent times.

Appeared in the November 28, 2020, print edition as ‘A Musical Cure For Pandemic Sadness.’

Welcome to Rita Music Studio founded in 2020 by Rita Hovanesian.

We make it easy to learn keyboard/piano with talented music teachers who all have extensive experience in teaching, composing and performing.

Students will learn to read music, will gain performance and improvisation skills, and will study music theory.

The Yamaha Junior Music Course is a 2.5 year program was created specifically for children ages 4 to 5 and provides an exceptional, fun-filled foundation for future music study, lifelong music appreciation, and creative expression. Years of research have shown that a child’s sense of hearing is most acute between the ages of 4 and 5 and, for this reason, this is the ideal time for a child to acquire the most important attribute of a fine musician – a musical ear! Children in this program learn to play the keyboard through ear training, singing, music reading/ writing and creating music. Parent participation offers a great opportunity to bond!

Track 1 – Grades 1-2: In this beginner Yamaha Young Musicians Course, children participate in activities that teach basic musical skills and encourage independence, creativity and self-expression. Students learn to play the keyboard with a variety of activities that include: ear training, keyboard repertoire, keyboard harmony, and music theory. Children are also exposed to arranging, singing, and improvisation.

This innovative program is designed specifically for Teens (14-17) and Pre‐teens (11-13) and centers around music that is fun and interesting for this age group. Teens make music together while they learn to read music, compose, improvise and play from chord charts ‐ preparing them for garage bands and other popular ensembles. Cool accompaniment tracks accelerate learning.

De-stress, unwind, and learn piano! You will learn to read music and play by chords in a fun, stress free environment. Take time to invest in you.

Siblings: Once you register one student you will be able to register the sibling from the “My account” page after logging in. 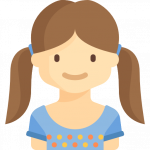 ⭐⭐⭐⭐⭐ I’ve enjoyed taking group piano lessons with Rita for over 7+years! Not only is she classically trained, she is a fantastic & patient teacher. She is warm in spirit & makes each class fun & unique! We haven’t missed a beat since taking our classes online. Classes are still enjoyable, challenging & we still have our same group energy, our piano family!
Lynda C.
Student – Adult 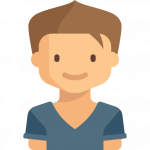 ⭐⭐⭐⭐⭐ This is one of the best things I’ve ever done for myself. I wanted to play piano for years and tried some self-learning materials without success. This class is exactly what I needed. It’s a very relaxed, no stress experience. You’re given the basics and you slowly, step by step, build from there. I am amazed at how much I’ve learned in so short a time. Thank you Rita!
Marty P.
Student – Adult 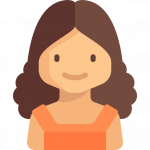 ⭐⭐⭐⭐⭐ I have 2 girls playing piano for 10 years. We have been with Rita for the last 2 years and she has been by far the best piano instructor that we have had. They learn sigh reading, theory, and leaned about music genres. She is passionate, witty, smart, and so caring about her students. We are so lucky to have her.
Megan Javaherian
Parent

⭐⭐⭐⭐⭐ Rita is an experienced and enthusiastic teacher who not only cares about how your child does with piano, but is a champion for your child’s success in life.
Shazi Shabazian
Student 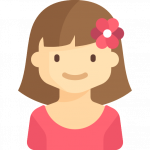 ⭐⭐⭐⭐⭐ My daughter studied piano with Rita from K to 12. Even when she was very little (so little that she couldn’t reach the pedals yet), Rita taught her that playing the piano is more than just moving fingers to hit the right notes. When a child learns a new piece, Rita asks, “What kind of picture do you see? What colors? What do you feel when you play this part?” This helps the child fully explore the music and make it their own. No two students of Rita’s sound the same even when they play the same piece, and I always enjoyed listening to these different interpretations. Rita approaches every lesson with patience and passion. I wish I had a piano teacher like Rita when I was a child!
Yumiko Don
Student